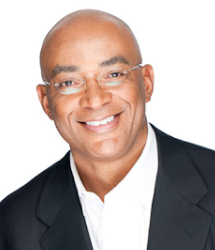 Steve White currently serves as President, Special Counsel, working with Comcast Cable  leadership and the Company on a number of important initiatives, including Diversity,  Equality & Inclusion (DE&I), leadership programming and development, and the  advancement of digital equity in the areas of accessibility and affordability.

Most recently, Mr. White served as the President of Comcast’s West Division. In this role,  he was the senior executive responsible for all Comcast cable operations in Arizona,  California, Colorado, Kansas, Missouri, Minnesota, New Mexico, Oregon, Washington,  Utah, Texas, Idaho, and Wisconsin.

Prior to his role as Division President, Mr. White served as Regional Senior Vice  President for Comcast California, joining in late 2007. In California, he led 7,500  employees who served more than 2.45 million customers and led a number of operational  improvements during his two-year leadership tenure. He oversaw all operations for  Comcast in California, and his team was among the first to launch DOCSIS 3.0 and  Project Cavalry.

Before his California role, Mr. White served as the Regional Senior Vice President of the  company’s Mid-South Region, where he held management responsibilities for about 1.6  million customers and 4,600 employees, along with leading Comcast/Charter Sports  Southeast -- a 24-hour regional sports network based in Atlanta. Prior to the merger of  Comcast and AT&T Broadband, Mr. White served as Senior Vice President, AT&T’s  Atlanta cluster from 2000 to 2002. Mr. White’s first assignment in the cable industry was  in Chicago where he served as Regional Vice President, with Telecommunications, Inc.  (TCI), which was purchased by AT&T.

Before joining the cable industry, Mr. White spent six years with the Colgate-Palmolive  Company where he held several positions of increased responsibility. Mr. White’s final  assignment was Marketing Director of Colgate-Palmolive’s Toothbrush Products  Division. In this capacity, Mr. White directed and managed the growth of the business,  including the development of numerous new products and a re-launch of the kids line.