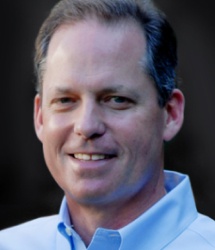 Tripp Jones has spent his career working to expand economic and social mobility and opportunity for at-risk populations. He is currently principal at 21c, a strategy and advisory firm he founded in 2014 to work with leaders in the public, private, nonprofit and media sectors to seize opportunities to drive innovation and maximize impact. 21c helps its clients to take advantage of distinctly 21st Century approaches to develop sustainable and scalable business models, innovative public policy, and high impact business development, advocacy and funding efforts. Previously Tripp served as the co-director of New Profit, a national venture philanthropy firm focused on advancing equity and mobility: was a senior executive at The MENTOR Network (now “Sevita”) a national health and social services company; and the founding director of MassINC, an independent, nonpartisan think tank committed to promoting the growth and vitality of the middle-class and publisher of the award-winning CommonWealth magazine.  Previously Tripp served in a variety of capacities in Massachusetts state government and state and national political and issue campaigns. In the early 1990s, he was the staff director of the MA Legislature’s Joint Committee on Education playing a key role in developing and passing into law the state’s landmark Education Reform Act of 1993. Tripp has served as an advisor and board member to a number of national and local business, non-profit and political leaders and institutions. Tripp lives in Wayland, MA with his wife, Robin. They have two sons, Hugh and Tucker, and a daughter, Eden.