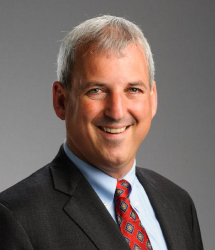 Jon Schnur serves as Chief Executive Officer of America Achieves — a national nonprofit organization focused on bridging the gap between education and work in a rapidly changing economy. Since 2011, Jon has also served as Bloomberg Philanthropies’ lead outside advisor on education and skills. With Jon’s leadership, America Achieves is currently driving a Good Jobs Project to shape federal policy in 2021 to upskill and put Americans to work in good jobs that build careers and rebuild the US economy; a national tutoring initiative; and a State Recovery Now project to inform how governors and state legislatures use their share of $350 billion in state and local economic aid under the American Rescue Plan. Jon has extensive experience in nonprofit, government, and philanthropy. He also co-founded New Leaders for New Schools — a national nonprofit ensuring high academic achievement for every student by attracting and preparing outstanding school leaders — and served as its CEO from 2000 until 2011. Jon served as co-chair of education policy for Barack Obama’s 2008 presidential campaign and then as a senior advisor to the presidential transition team and U.S. Secretary of Education. Jon previously served as an education advisor during the Clinton administration, as President Clinton’s Associate Director for Educational Policy, Senior Policy Advisor on Education to Vice President Gore, and Special Assistant to U.S. Secretary of Education Dick Riley.
‍

Jon is a board member of New Leaders. He recently has served on the Visiting Committee to the Harvard Graduate School of Education, the Aspen Institute’s Jury for their Prize for Community College Excellence, and as a member of the Markle Foundation’s Rework America Task Force. Jon and his wife Elisa have three children and live in Montclair, New Jersey.