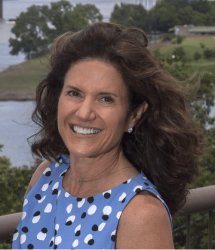 Barbara Rosser Hyde is Chair and CEO of the Memphis-based Hyde Family Foundation, where she is a passionate advocate for education reform nationally and a leader for place-based philanthropy in the city that she and her husband call home.

An enthusiastic former fundraiser turned dedicated grant maker, Barbara has spent her entire career in non-profit work, bringing her experiences to bear in leading the foundation’s priorities, strategies, results, and direction. Its objectives include ensuring all children have access to a great education, investing in Memphis’ urban core and authentic quality of life assets, and creating livable communities for all Memphians.

Barbara is a persuasive champion for her city to aim higher and a tireless advocate for local, state and national programs to close the achievement gap. She also led the efforts to establish Shelby Farms Park Conservancy with the mission to protect and transform the 4,500-acre park into a nationally recognized 21st century urban park. She was founding chair of the Women’s Foundation for a Greater Memphis, whose programs are aimed at transformational changes in the lives of women and their families.

She received a degree in English and religious studies as a Morehead Scholar at the University of North Carolina at Chapel Hill, where she later worked as executive director of the Arts and Sciences Foundation and associate dean of the College of Arts and Sciences. She is an active member of several local and national boards, including New Leaders, Memphis Brooks Museum, and member emeritus of Shelby Farms Park Conservancy. Currently, she is championing an effort to establish a new Brooks Museum of Art in downtown Memphis, a move that will serve as an iconic, cultural anchor to the city’s riverfront transformation.

Along with her husband, J.R. Hyde III, she has led the foundation they established together as a model for family foundations in the U.S. The Philanthropy Roundtable recognized the couple as recipients of the prestigious William E. Simon Prize for Philanthropic Leadership in 2017.