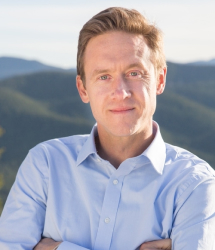 Mike Johnston is the President and CEO of Gary Community Ventures, a Denver based organization that partners with the community to leverage business, policy and philanthropy to reshape the arc of opportunity for Colorado kids and families. He began his career as a teacher in rural Mississippi, which inspired him to write his acclaimed book, “In the Deep Heart’s Core.” He came home to Colorado to work for Third Way as the principal of Joan Farley Academy. The powerful lessons he learned from the residents and staff at Third Way fundamentally changed the way he thinks about the world and informed all the work he has done since. After Third Way he founded a school in Adams county called MESA, that became the first school in Colorado history where 100 percent of seniors graduated from high school and 100 percent were admitted to a four-year college.

Mike served as a senior education policy advisor to Barack Obama during the 2008 campaign and transition and was elected to two terms in the Colorado State Senate from 2009-2017. During his tenure, he passed over 100 bills with bipartisan support, including major reform measures on education, immigration, racial discrimination and economic development. Over the last two decades, Mike has led and founded numerous non-profit and for-profit organizations, including New Leaders, the Urban Leaders Fellowship and America Achieves. Mike is a fluent Spanish speaker and holds degrees from Yale College, the Harvard Graduate School of Education and the Yale Law School. He lives with his wife Courtney, who was the first Third Way staff member in the family when she worked as assistant treatment leader at the Moms House and is now the Chief of the Juvenile Division for the Denver District Attorney’s office. They have three kids Emmet (13), Seamus (13), and Ava (9).