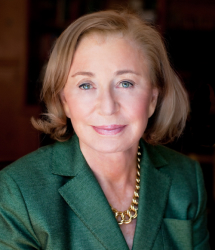 Naomi Seligman has had a distinctive career as an influencer and thought  leader in the continuously disruptive field of information technology.

She is currently a senior partner at Ostriker von Simson, a firm of strategists which directed the CIO Strategy Exchange, a private sector “think tank” that  regularly brings together four vital quadrants of the computer technology  sector: Establishment CEOs from the largest deep-technology hardware  and software companies, partners at premier venture capitalists whose innovative entrepreneurs are relevant to major tech customers, and CIOs of  the largest multinational enterprises.

Ms. Seligman was also a co-founder of the Research Board, which  conducts technology research sponsored by 100 senior executives from the  largest enterprises in North America and Europe.

Through four powerful waves of technology she has been a focal point for  an ongoing dialogue between key technology sectors.

Ms. Seligman has also served on 17 corporate boards, including both  large and small technology companies, as well as Dun and Bradstreet and  Wiley. She currently serves on the Board of Oracle and recently retired  from the Akamai board. She chairs the Governance Committee of the  School of American Ballet, is Vice Chair of New Leaders for New Schools,  and serves on the Cornell-Technion Advisory Committee. She was a trustee of the Computer Museum and the Committee of 200, an  association of top women business executives.

Naomi received a Bachelor of Arts with high honors from Vassar College and a graduate  degree in Economics from the London School of Economics.