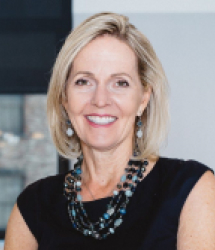 Linnea believes that women-led businesses are changing the world for the better. They’re also really smart investments that are too often overlooked and undervalued by investors.
‍

To change that scenario, Linnea launched GingerBread Capital (GBC) in 2016 to build and invest in women’s entrepreneurial success–and encourage other women to do the same. It’s fitting that after retiring from a successful 30-year career in investment banking, one of her first investments in a women-led venture under the mantle of GBC was the 2016 feature film, “Equity,” about women on Wall Street.
‍

Linnea spent the latter half of her career on Wall Street as a Managing Partner in the technology sector at Goldman Sachs, where she led many a start-up from launch to IPO. She also served as Goldman’s diversity ambassador to recruit, retain and promote more women into leadership positions with the firm and within the finance industry.
‍

Linnea continues to mentor women pursuing financial careers through her involvement with her alma mater, the University of Chicago Booth School of Business, where she received an MBA in Finance. She also holds a Bachelor of Arts in Business Administration and Management from Valparaiso University.
‍

An active philanthropist with a focus on education and health, Linnea is chair of Teach for America, New York City’s board of directors; and serves on the board of The Child Mind Institute, a nonprofit organization devoted to transforming the lives of children and families struggling with mental health and learning disorders. With her
husband George Roberts, she is also a trustee of the Roberts Foundation, which supports education and poverty alleviation programs in the San Francisco Bay area.