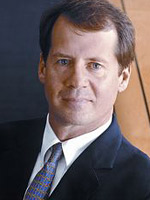 Billy Campbell is the Founder of Palmetto Southern Production and Advisory.  The firm currently is involved in television and documentary production along with consulting in the media, hospitality and cruise line industries.  Prior to beginning this new venture, Billy was Chief Executive Officer of Forbes Travel Guide (FTG), the leader in rating luxury properties, spas and restaurants around the world.  Prior to joining FTG, Campbell was a senior executive in the television industry.

During his presidency at Discovery Networks, Campbell led Discovery Channel and TLC through double-digit ratings increases.  Most notably, he oversaw the production of cable’s highest-rated natural history program of all time, PLANET EARTH, which drew more than 65 million viewers to Discovery Channel over its 11-part run.  Campbell also oversaw signature Discovery network series DEADLIEST CATCH, DIRTY JOBS and MYTHBUSTERS, NO RESERVATIONS with Anthony Bourdain, AMERICAN CHOPPER and MAN VS. WILD.

On Campbell’s watch, Discovery Channel earned its highest ratings for a program since 2000 with the September 11, 2005, premiere of THE FLIGHT THAT FOUGHT BACK, the special told the compelling story of the 33 passengers and seven crew members on United Airlines Flight 93, which was hijacked, rerouted toward Washington, D.C., and crashed in Somerset County, Pa., on September 11, 2001.

Chief among Campbell’s accomplishments at Discovery was his leadership effort to recruit Ted Koppel to the Discovery Channel for a pioneering multiyear deal in which Koppel served as managing editor for the network.  Campbell also helped bring Dr. Jane Goodall to Animal Planet and launched the Dr. Oz Show on Discovery Health Channel.  Other programming successes realized under Campbell's leadership at Discovery Networks include the launch of The Military Channel and launching a feature documentary division which produced and aired the award winning GRIZZLY MAN and licensed MAN ON WIRE.

Prior to joining Discovery Networks, Campbell served as president of Miramax Television, where he led the production of Emmy-nominated “Project Greenlight,” a cutting-edge venture on HBO integrating film, television and the internet by creating a web community and screenplay competition.  Previously, Campbell was executive vice president, CBS Entertainment and helped develop Everybody Loves Raymond and The King of Queens.  Before to joining CBS, Campbell served as senior vice president, drama development at Warner Bros. Television, where he developed a series of successful and critically acclaimed dramas, including ER and Lois & Clark: The New Adventures of Superman.  Campbell began his career at ABC Entertainment in the current programming department, where he was involved in the production of the award-winning series “China Beach,” “Equal Justice,” “MacGyver,” “Life Goes On” and “Dynasty.”  Prior to joining ABC he worked as an analyst in the mergers and acquisitions department of Smith Barney, Harris Upham & Co. in New York.

A native of Greenville, S.C., Campbell is a 1982 graduate of Harvard College and a 1987 graduate of the Harvard Business School (M.B.A.).  He was a 1984-85 Rotary International Scholar at the Chinese University of Hong Kong.  Campbell currently sits on the boards of Cricket Media, a leading education infrastructure company, The National Parks Conservation Association, The Jane Goodall Institute and the KentWool Corporation.  While living in Washington, DC he served on the Board of Trustees for the National Symphony Orchestra and the Imagination Stage.  Campbell is also an Eagle Scout.