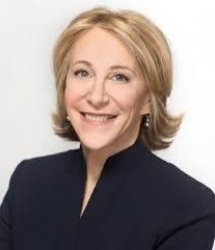 Jan Rock Zubrow is a leader of non-profit organizations active in international development and education.

She serves as Chair of the Board of Women for Women International, an organization that provides vocational and life skills to women in war-torn countries.  She has worked to advance the organization’s impact on issues of women’s economic and social empowerment, reduced sexual violence and women’s roles in peace and security.

Ms. Rock Zubrow is a trustee emeritus of the Cornell University Board of Trustees and served as Chair of Cornell’s Executive Committee from 2011-2018.  Additionally, she chaired the Presidential Search Committee for Cornell’s thirteenth and fourteenth presidents. Previously, she served as Co-Chair of Cornell’s $6 billion capital campaign and the task-force which led to the establishment of the Cornell Tech campus in New York City.

In addition, Ms. Rock Zubrow is on the board of New Leaders, an organization that trains educators to be transformational school leaders who can help bridge the achievement gap in the nation’s inner-city schools.

Ms. Rock Zubrow received a B.A. degree in Economics from Cornell University and a M.B.A. from the Harvard Business School.